Spreadsheets - How can I drag down formulas automatically with a double click?

For feature suggestions, describe the result you would like to achieve in detail.
I’d like to be able to double click (the black cross appearing on the bottom-right corner) a cell containing a formula and it will drag down (extend down / expand down) the formula until it reaches the last row with values, as MS Excels does. Otherwise it has to be dragged down manually, which can take its time on files containing >50k rows.

For bug reports, provide the steps to reproduce and if possible a minimal demo of the problem.
N/A

Hello @ignasi
Could you please record a video with desired behavior (you mentioned that MS Excel has this behavior) so we are able to check it out.

Hi Alexandre, here’s a very simple video showing what I mean by automatically extend down a formula by double-clicking the black cross at the bottom-right corner until the last adjacent row with values. The program used is MS Excel.
I couldn’t upload a video (only pictures) so I uploaded it to my GDRIVE and here’s the link to view it: https://drive.google.com/file/d/1QFD5X0mE4eDP-tq8m1UwsekC_1n7Ct9J/view?usp=sharing

Hi @Alexandre, if you prefer I can post picture-by-picture steps. Thanks!

Hello @ignasi
thank you for provided video file! Now I got it.
What is your version of MS Excel where you reproduced the test?

Hello @Alexandre , it’s MS Excel 2016, although this funtionality is on MS Excel for as long as I can remember.

This webpage shows different ways for filling down cells in Excel: How to Apply a Formula to Entire Column in Excel | Excelchat
Any of these options would do, but the one I’d like to see in OO is the one I mentioned earlier: by double-clicking the black cross, which appears on the article as ’ By Double-Clicking Fill Handle’.
Many thanks, Ignasi

Thank you for detailed description. I have contacted my colleagues and I realized that we are already working on something similar (internal number - 42972). Unfortunately, I cannot provide you with exact timeframes of this feature release.

Hi @Alexandre , that’s very good news to hear.
Many thanks for taking the time to consider my feature request, and let me congratulate you and all the OO team for creating such a powerful suite of office apps. I do hope many users come your way and you can take a good bite out of the MS Office pie.
Best regards, Ignasi

Hi, recently started using Only Office. This functionality doesn’t seem to work on Macos. Is that correct?

Hello @dirk
I’ve checked mentioned scenario on my MacOS test machine. all things look OK, please check it out: Monosnap
If I misunderstood your request, please clarify it.

On linux (the flatpak version) I get this error when doing this feature…
My file has 300k+ rows but the formula is just two IFs nested. 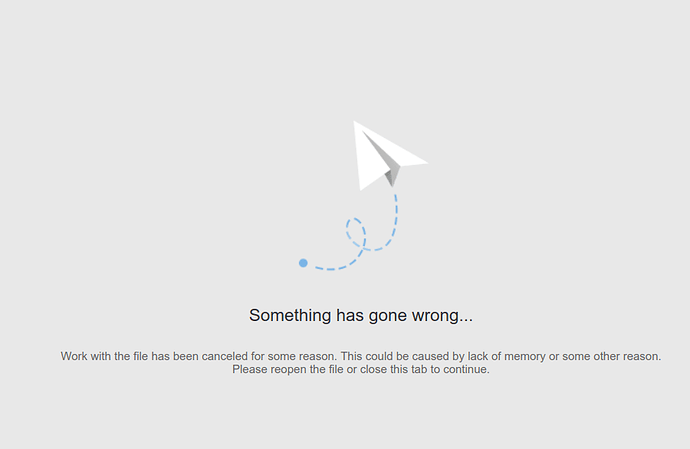 Hello @lukigno95
I’m trying to reproduce the issue, but without a result at the moment. Would you mind providing us with your test file? If it contains sensitive data, you can contact me via PM.