I downloaded OnlyOffice Desktop Editors on my Linux Mint laptop a few months ago (flatpak). Recently, the program looks like this. The scaling options don’t seem to influence anything. 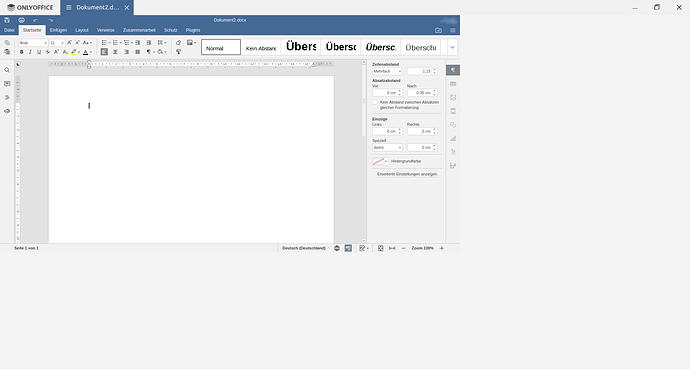 I also tried deleting the flatpak version and downloading OnlyOffice from the official site (as a .deb installer), but that resulted in the exact same issue, so I re-downloaded the flatpak.

Would be great if someone could point me in the right direction! Other programs (including flatpaks) don’t behave like this, but a few have quite small font sizes and ignore the system font settings I set, so maybe that is related.

Hello,
Current Desktop Editors version is 6.4.1. Please install the update and let me know if the issue persists.

Thank you for your prompt reply! As I stated, I did download the latest version from the OnlyOffice website as a .deb installer, which sadly didn’t fix the issue.

I also want to note that there were no updates available via the Linux Mint Store for the flatpak version.