I have named the screenshot “blank background” for the issue.

Because of this issue, onlyoffice editor freezes sometimes (and it said “not responding”) and I had to use the task manager to exit out of a program. So, my computer did not froze, only the program. I have named the screenshot “not responding”.

I have named the issue “not responding”. 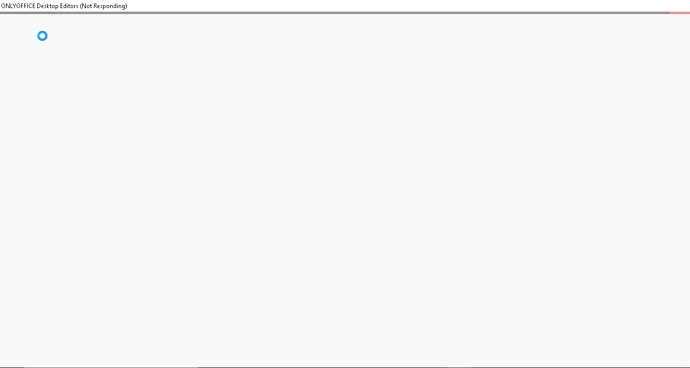 Now, the only time when the issue does not appear, when I enter already existing editor, and when editing something, and click close button, and I click No (so, not to save), the program exits normally without the issue. This also goes for, when entering an new editor, and I write something and click close button, and choose No (not to save), the issue does not appear.

To understand better the problem I ask you to provide us with your system characteristics.

We are checking the situation. I will let you know when there are any results.

Our team has created a bug report number 59400.
This is a major bug and we will try to release the fix in version 7.3